In the 2022 China Pesticide Exporting Workshop (CPEW) organized by AgroPages on August 16-17, 2022, data provide by an expert of the Chinese Ministry of Agriculture and Rural Affairs revealed nearly exports of 85% of China’s total pesticide output in 2021, which was 1.53 million tons, with export value exceeding RMB100 billion for the first time.

At the CPEW, Cao Bingwei, Senior Agrologist from Institute for the Control of Agrochemicals (ICAMA), made an analysis of the latest export data of Chinese pesticides. Before the outbreak of COVID-19 in 2020, 2/3 of Chinese pesticides were exported. After the outbreak of COVID-19, the global supply chain became quite volatile, where demand for Chinese pesticides increased. In 2021, China exported 1.53 million tons of pesticides (converted to 100% content as basis), which accounted for 84% of China’s total output of the year, at an export value of RMB110.3 billion, exceeding RMB100 billion for the first time, whilst territory of trade covered more than 180 countries and regions. The pesticide exportation involved about 820 pesticide manufacturers, nearly 1,000 foreign trade companies and more than 500 pesticide varieties. 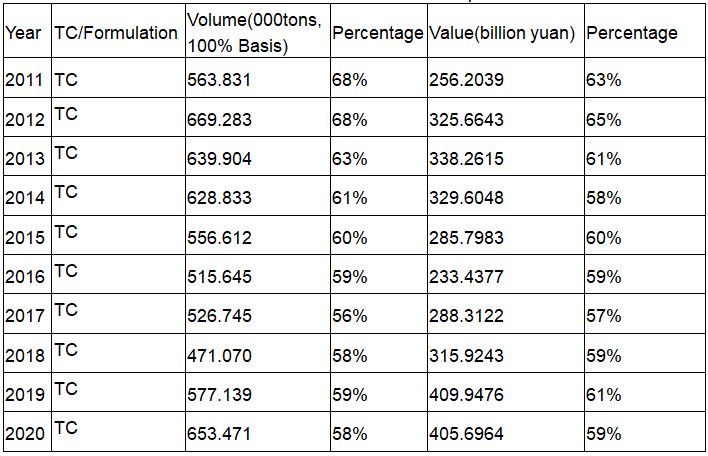 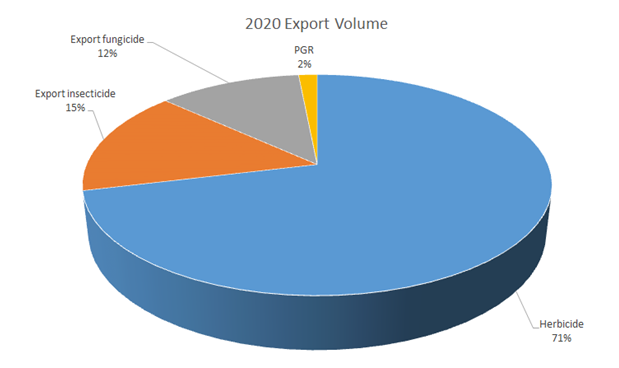 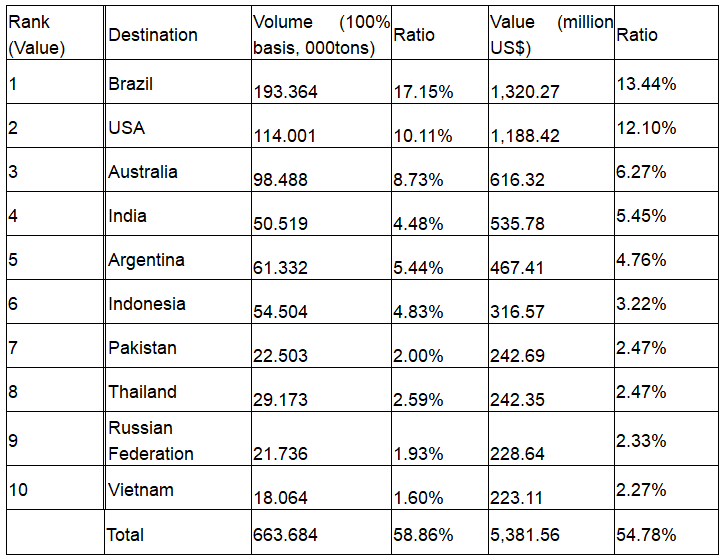 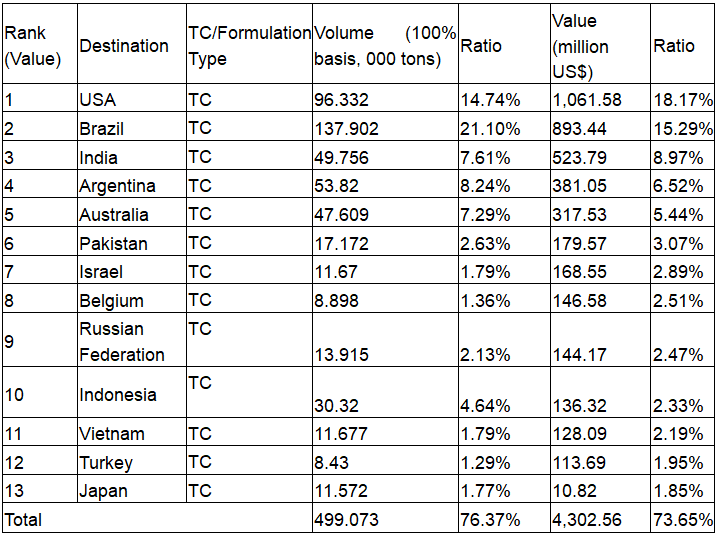 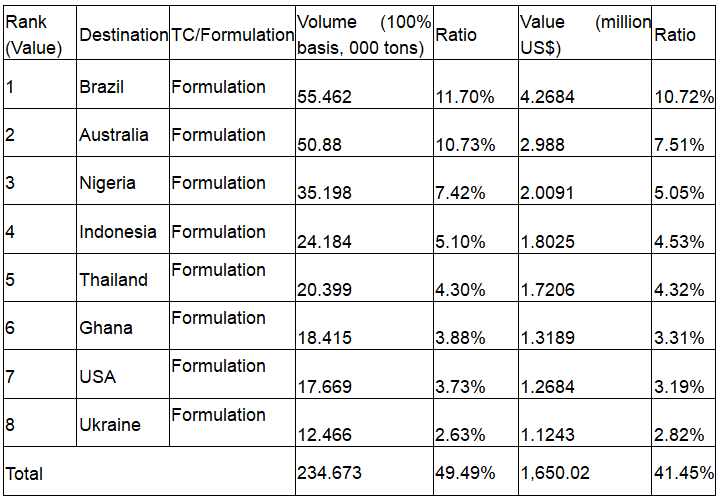 As shown on the Chinese pesticide export price index as below, the prices remained relatively stable from 2011 to 2017. In 2018 and 2019, Chinese pesticide production capacity appeared on the rise and the prices increased step by step. In 2020, there was a small drop in the epidemic, but in 2021, especially in the first half of 2022, the price level hit new high. According to the following latest price index, the high price level of pesticides still continues. There is still a gap in global demand to be filled up, which may be gradually stabilized by 2023. On the mid and long-term basis, Chinese pesticide enterprises need to be careful about expansion of production capacity.

According to the monthly price index in the last two years, the prices in 2020 were largely stable; export prices in 2021 began to rise, reaching the peak in November to December; in the first half of 2022, prices dropped slightly, among which the drop in May was caused by lockdown of Shanghai during the reemergence of COVID-19, resulting in a slight price decrease, which was however recovered in June. 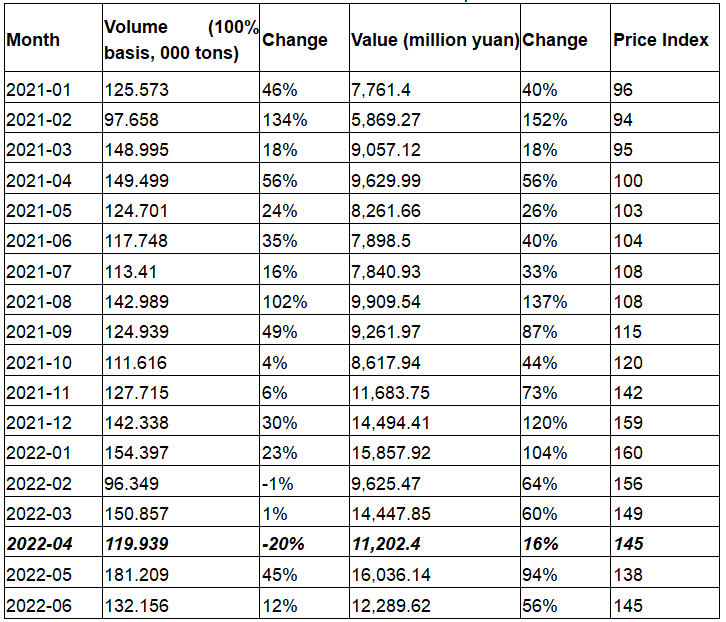 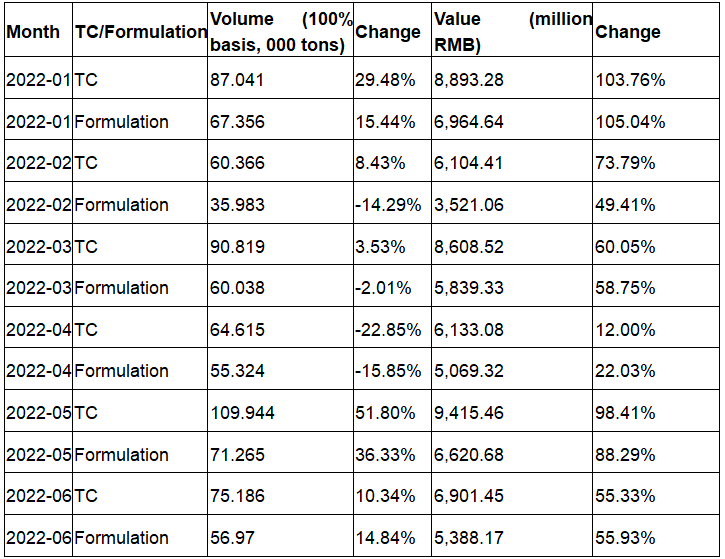 Cao Bingwei mentioned in his report that there are currently complex international situations which lead to high uncertainties on international trade. While the China-Japan-ROK Free Trade Zone initiative has experienced certain difficulties, Chinese pesticide export to Southeast Asia and Northeast Asia becomes a focus of attention. Meanwhile, ICAMA’s mutual data recognition with the Belt and Road countries is in progress. In addition, Argentina, Egypt, Iran, Pakistan, Brazil and Russia have asked for more registrations of Chinese pesticides in their countries.

Globally, the rising grain prices will lead to price rise of agricultural inputs, being incorporated with the high energy price level, the prices of pesticides should remain high in 2022. Nevertheless, the supply and demand of pesticides are expected to stay relatively balanced, the market turbulence should be significant.