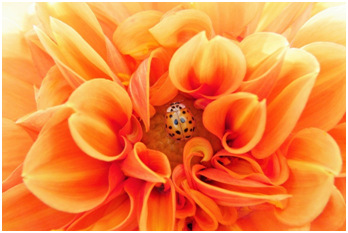 With years of pesticide use, pesticide resistance has become a problem that cannot be ignored. So that biological pesticides are growing rapidly as global agriculture looks to new ways to improve yields and crop protection in a more sustainable way. Growers are increasingly seeking agricultural inputs based on natural products to reduce and complement the use of synthetic chemicals in their fields. Therefore, biological pesticides will account for an increasing proportion of the pesticide market.

What are Biological Pesticides?

The Types of Biological Pesticides: 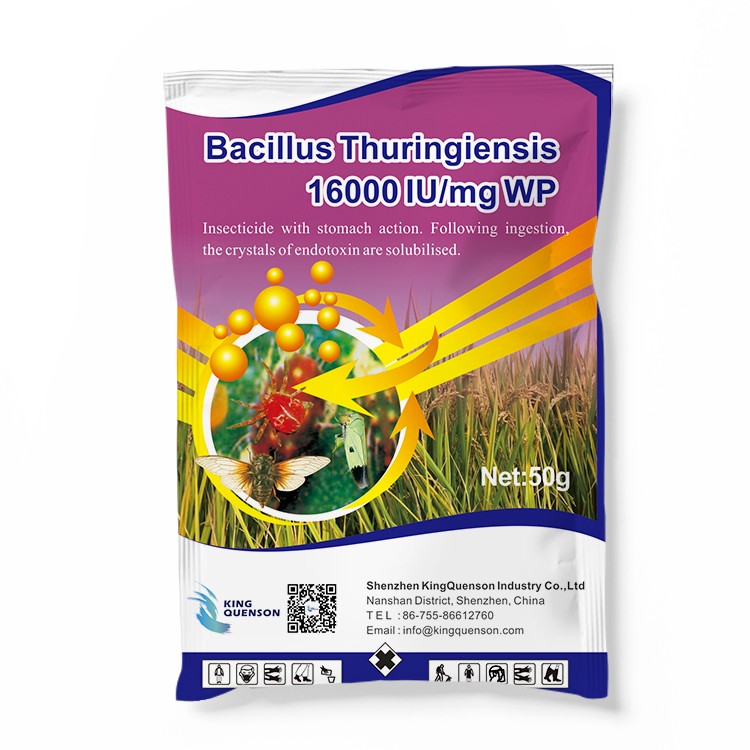 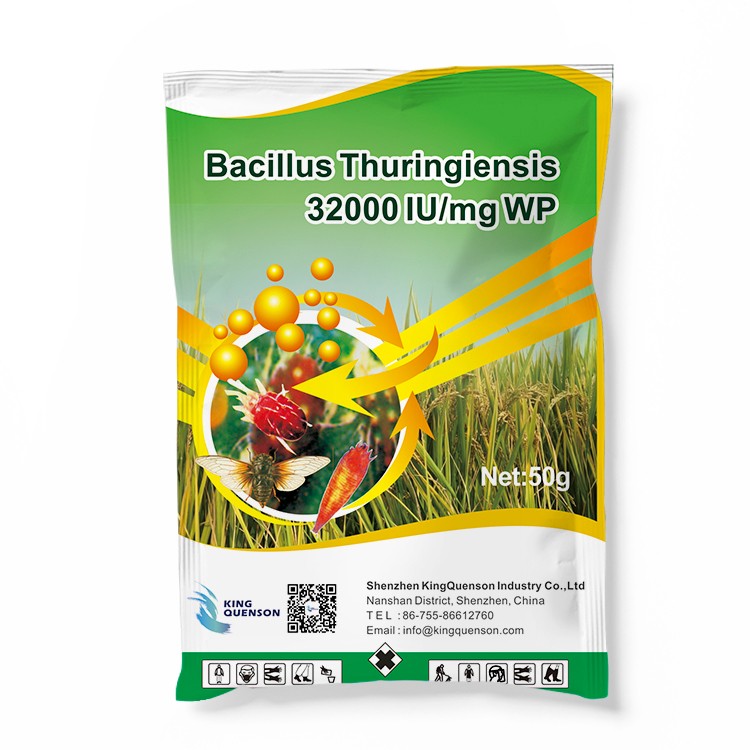 Bacillus thuringiensis (Bt) is a microbe naturally found in soil what makes proteins that are toxic to immature insects (larvae). It has been registered for use in pesticides by the US Environmental Protection Agency (EPA) since 1961. Now Bt is the most commonly used microbial product for lepidoptera and coleoptera biological crop protection.Bt makes toxins that target insect larvae when eaten. In their gut, the toxins are activated. The activated toxin breaks down their gut, and the insects die of infection and starvation. Death can occur within a few hours or weeks.Importantly, Bt is safe for humans and is the most widely used environmentally compatible biological pesticides worldwide. 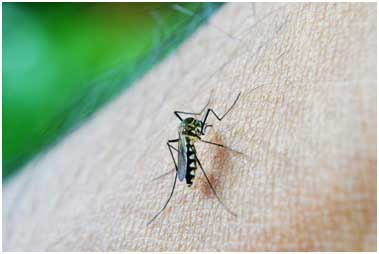 Bacillus thuringiensis subsp. israelensis (Bti) is the first subspecies of B. thuringiensis (Bt)found and used as an effective biological control agent against larvae of many mosquito and black fly species around the world. 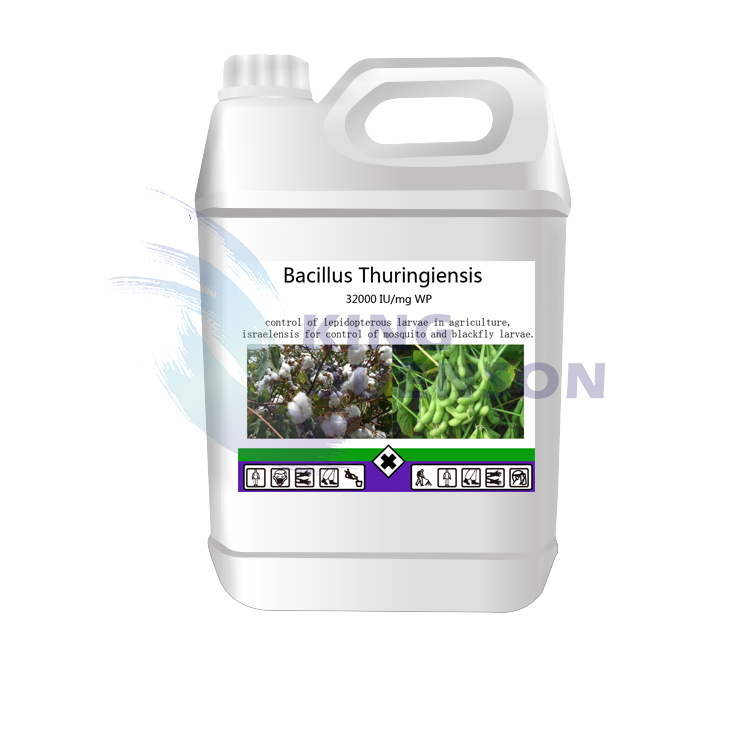 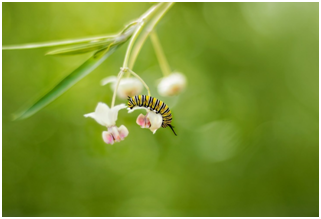 Among Bt bioinsecticides, those based on the strain Bacillus thuringiensis var. kurstaki(BTK) are widely used in farming to fight lepidopteran pests.

1. The Btk bacterium produces a protein crystal during the spore-forming stage of its life cycle which is toxic only to the larvae (caterpillars) of specific insect species. These microscopic crystals are ingested by insects when they are feeding on foliage treated with Btk. In the alkaline environment of the susceptible insect's digestive system, the crystals are converted into toxic protein molecules that destroy the walls of the insect's stomach. The insect usually stops feeding within hours and dies within two to five days.

2. Btk poses little threat to human health either through handling products directly or through indirect exposure such as during a spray program. For Btk toxins to be activated, alkaline conditions that exist only in certain insects' digestive systems must be present. The acidic stomachs of humans and animals do not activate Btk toxins. There have been no documented cases involving toxicity or endocrine disruption potential to humans or other mammals over the many years of use in Canada and around the world. Studies have shown that even if Btk spores are ingested or inhaled, they are eliminated without any adverse health effects.

3. Btk only becomes toxic in the alkaline gut of specific lepidopteran insects in the larval (caterpillar) stage of their life cycles. Because of this, it does not affect adult moths and butterflies, other insects, honeybees, fish, birds or mammals. The United States Environmental Protection Agency categorizes the risks posed by Btk strains to non-target organisms as minimal to non-existent. The insecticidal toxin biodegrades quickly in the environment through exposure to sunlight and microorganisms. This takes between 1 - 4 days on foliage. There are no groundwater contamination concerns as Btk does not percolate through the soil beyond 25 cm. 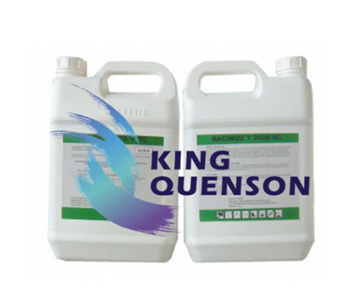 «  Substances Found in Nature – These include plant materials like corn gluten, garlic oil, and black pepper. These also include insect hormones that regulate mating, molting, and food-finding behaviors. They tend to control pests without killing them. For example, they might repel pests, disrupt their mating, or stunt their growth. Some synthetic substances are allowed. However, they must be similar in shape and makeup to their natural counterparts. They must also work in the exact same way against pests.

«   Plant-Incorporated Protectants (PIPs) – These are the genes and proteins, which are introduced into plants by genetic engineering. They allow the genetically modified plant to protect itself from pests, like certain insects or viruses. For example, some plants produce insect-killing proteins within their tissues.

A growing market of Biological Pesticides

As government policies in different countries lead to stricter regulatory requirements for the environment, it has led to an increase in demand for organic produce. And the biological pesticides market is expected to be the fastest growing market with increasing demand from farmers.

The resistance of plant diseases and insect pests, taking appropriate control measures is a great significance to increase agricultural yields.

Combining biological and traditional methods to eradicate pests should be focused on utilization and development. Due to improved application methods, environmental protection of many formulations and cheaper options, biological pesticides are being used more and more widely. Therefore, biological pesticides are a more reasonable option for pest management, especially in the near future, improving the balance between cost and efficiency becomes a reality.