DISEASE AND PEST CONTROL IN ALFALFA

Alfalfa is a commonly used ingredient in feeds for a wide variety of species including livestock, horses and pets such as rabbits. It is a widely adapted crop, energy-efficient and an important source of biological nitrogen fixation. The average acre of alfalfa will fix about 200 kg of nitrogen per year, thus reducing the need to apply expensive nitrogen fertilizers.

One of the most important characteristics of alfalfa is its high nutritional quality as animal feed. Alfalfa contains between 15 to 22% crude protein as well as an excellent source of vitamins and minerals. Specifically, alfalfa contains vitamins A, D, E, K, U, C, B1, B2, B6, B12, Niacin, Panthothanic acid, Inocitole, Biotin, and Folic acid. Alfalfa also contains the following minerals: Phosphorus, Calcium, Potassium, Sodium, Chlorine, Sulfur, Magnesium, Copper, Manganese, Iron, Cobalt, Boron, and Molybdenum and trace elements such as Nickel, Lead, Strontium and Palladium. 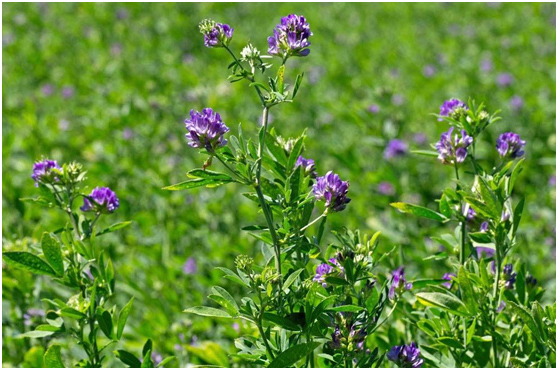 Common diseases of alfalfa include brown spot, rust, downy mildew, powdery mildew, root rot, anthracnose, leaf spot. There are many fungicides that are commonly used in disease control on alfalfa.

Used before the infection of disease, they have no systemic action, and control the germination and invasion of the disease. They can protect alfalfa from infestation. The protective fungicides on alfalfa are showed as followed:

Used after the invasion of the disease, They have systemic effect, control the expansion and spread of the disease in alfalfa. They can be taken in by crops and transferred in the plant. The systemic fungicides on alfalfa are showed as followed: 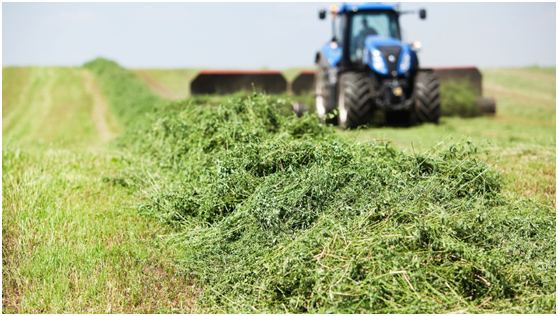 Thrips are the main pest in the field of alfalfa. When damaged severely, the loss of alfalfa fresh grass can be more than 50%. Meanwhile, thrips can only be controlled by chemical products, such as pyrethroids (cypermethrin), or carbamate insecticides (carbaryl).

Aphids are common insects to be found in alfalfa. There are at least four aphid species that can persist on alfalfa, including blue alfalfa aphid, pea aphid, spotted alfalfa aphid, etc. When the damage is serious, chemical control (Dimethoate 40% EC, thiamethoxam 25% WG, pirimicarb 50% WG) should be used.

The leafhopper on alfalfa can be controlled by dimethoate 40% EC, isoprocarb 20% EC when the fastest development of nymph.

The armyworms in alfalfa are beet armyworm and Western yellowstriped armyworm. Generally, we can control it by bacillus thuringiensis, tebufenozide 20% SC, beta-cypermethrin and phoxim when egg hatching to 1~2 instar larva.


Prev: A BATTLER AGAINST FUNGAL DISEASES